'Tis the season to lose your mind. Lose your picks. And, lose your bracket. March Madness should be a holiday in our home. Games are set to record if missed, apps are downloaded to keep tabs on teams and we get our money's worth from our XM subscription for the NCAA Basketball station alone. It's crazy! It's madness.
In the midst of the madness, my very dear friend Jill and I schemed and planned to attend the Women's NCAA quarterfinals in Toledo. What a memorable trip this was - for all parties involved. Jill and her friend Jody, as well as Jody's daughter Kylee who just so happens to play for Vanderbilt, managed to pull together an unforgettable trip for three young, aspiring basketball players. Sidney and her two friends along with Jill and I road-tripped to Toledo on a Friday evening in preparation for two games on Saturday: Vanderbilt vs. Arizona State and Notre Dame vs. Robert Morris. Excitement was brewing for days before this trip!
It was a journey of many firsts: my first time attending a NCAA tournament; Jill's first time spending over 24 hours with three high-energy 10 + 11 year old girls; the girls' first NCAA tournament and opportunity to see a college team other than Akron U play. All of these things on their own were really enough to make for a memorable, fun and exciting weekend. (Jill may disagree with her 24 hours with Sidney-squared and Katie!) But, there was more to come...
Jody, Mark and Kylee managed to sweeten the weekend. After we checked into the hotel, the girls were prompted by Jill to knock on a hotel room door where they were greeted by Kylee - #23 for Vanderbilt. The girls were awestruck by this beautiful, towering real-life college basketball player who greeted them with the warmest of welcomes and a huge hug for each of them. After the loads of bags and piles of stuff were dropped off in our hotel room, the Smith family including Kylee invited us to the lobby to chat, take pictures and get acquainted. We all quickly realized what an amazing family this was - they were so warm and generous with their time as well as making us feel like they knew us for a long while. Truly genuine people. The girls enjoyed chatting with Kylee, having photo-opps and talking about the day ahead.
In the morning, the girls had a chance run-in with the team and the coach who slapped them high-fives and talked to them before they boarded the bus. The girls were on cloud nine!! So, after the face-painting, last minute beautifying and loading up the car we found ourselves in the arena heading to find where are seats would be. We were fortunate to have reserved seating with the team's family and found ourselves sitting right behind the Vanderbilt bench. And, I mean right behind it - like three rows behind it. I couldn't have imagined that we would have been sitting so close to the action. Right in the middle of it. Amazing. We were thrilled to have such great seats to cheer on Vandy! Mark (Kylee's dad) apparently thought third row seating was not good enough for Sidney-squared and Katie and moved them down to the 1st row behind the bench. Again, awestruck little girls.
We yelled and cheered. We questioned calls. We loved watching the game. The only thing that could have made it better would have been a win.
I am so grateful to Kylee and her family for making this experience such a positive, memorable for Sidney - for all of us. It always amazes me when people go out of their way to create sunshine for people they don't even know. And, that is exactly what this family did. 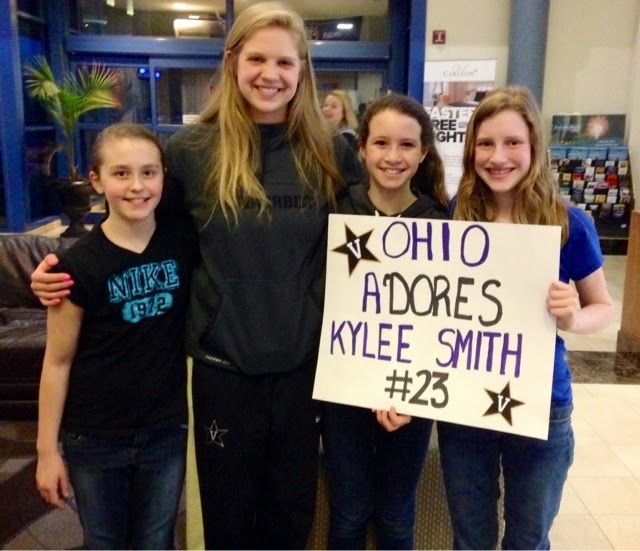 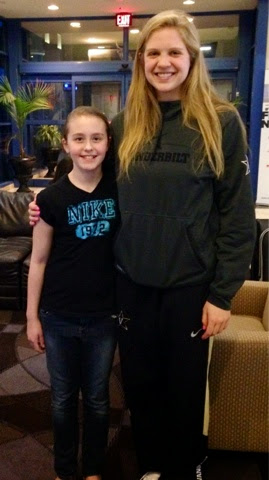 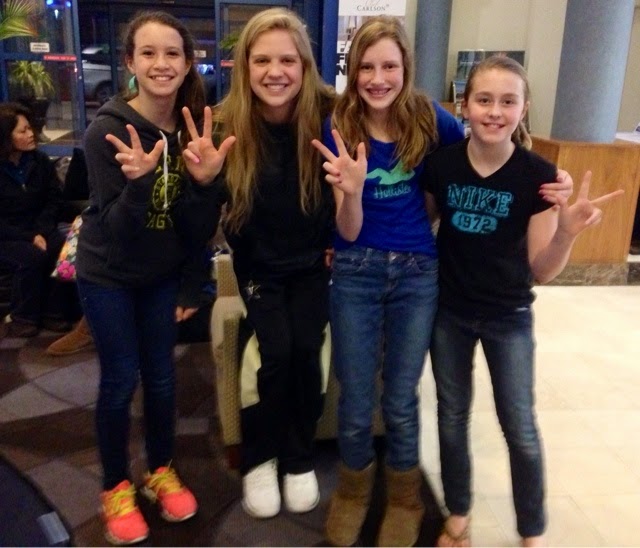 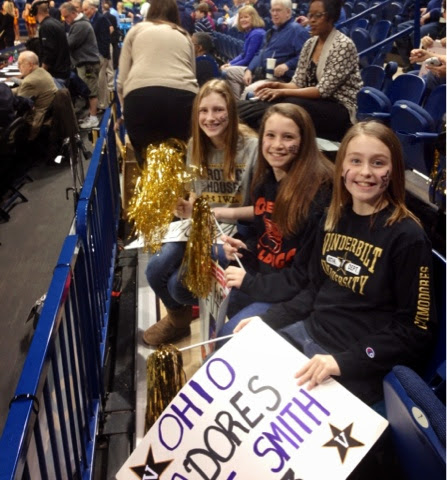 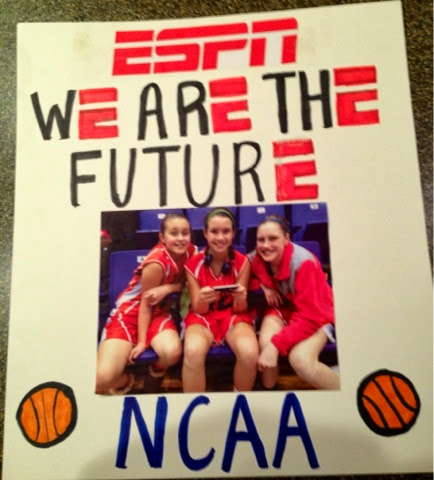 The Story Behind Forgiveness

If you have not read the blog post Forgiveness check it out and then return to this post to gain perspective of the story of Forgiveness.

I fell in love with Matthew West's song "Forgiveness" the first time I heard it. The lyrics are compelling. Stirring. We are called to forgive and show grace - yet we as humans struggle with this difficult act. Forgiving people who have wronged us. It sometimes feels impossible to do.

I recently learned of the story behind the song and it broke my heart. I found myself convicted and thankful all at the same time. I implore you to take the five minutes and watch and listen to this video.

The story behind Forgiveness