I don't find myself tearing off links on a paper chain counting down to All Hallows' Evening.  I do, however, particularly enjoy watching my kids' faces light up as they prepare to embark on their journey to collect their loot.

This year Sidney decided that she was old enough to trick-or-treat on her own with her friend Sydnie.  "Sydnie is more fun than you guys."  Okay, thanks!  It took me days to arrive at a decision that ultimately let her go to Sydnie's and claim this new found independence.  That was a milestone in our Halloween history!

Ashton and I stayed the course...grabbed his friend, Anuj, my friend Aarthi and hit the streets.  We had a good time together, but admittedly was a little strange that Sidney wasn't with us.

I survived...  Sidney had a great time.  Came home with a gluttonous pile of candy.  A notch in her belt of self-proclaimed autonomy.  A joyous occasion for her...a view from a different lens for me. 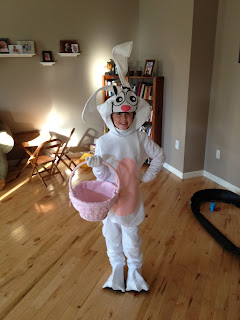 While the flavors of Fall are in the air, this blog isn't about trekking through apple orchards or making mulled cider.  I'm talking technology.

Let's face it, with the death of Steve Jobs and now the release of the iPhone 4s and iOS 5, Apple is buzzing. The world of technology has something new and exciting to talk about that doesn't stem from or around social media.  If you don't have a personal assistant (Siri) on your phone, you haven't truly experienced the full capability of a smart phone.  This I know...not from first hand experience, but because Siri crept into my house, right under my nose.  Aaron ordered this perfect companion which was delivered in a tiny package on the day that Apple released the 4s.

Everybody loves her.  Siri and Sidney have regular conversations.  Sidney asks Siri about the weather in Sanibel, she gives her a week long forecast.  Aaron tells Siri to type and send an email...she does it.  You ask her if she likes a movie and she retorts with witty comments like, "We're talking about you, not me."  Perfect, right?  Sidney and Aaron seem to think so.

I'll buy in once Siri can clean my house.  Until then, I am double-fisting between my droid and my blackberry!
Posted by Lisa at 9:41 PM 0 comments

....some statements that caught my attention over the past week.....

"If you live each day as if it was your last, someday you'll most certainly be right.  If today were the last day of my life, would I want to do what I am about to do today?  And whenever the answer has been 'No' for too many days in a row, I know I need to change something.  Your time is limited, so don't waste it living someone else's life. Don't be trapped by dogma — which is living with the results of other people's thinking. Don't let the noise of others' opinions drown out your own inner voice. And most important, have the courage to follow your heart and intuition. They somehow already know what you truly want to become. Everything else is secondary."   - Steve Jobs
Posted by Lisa at 10:11 PM 0 comments